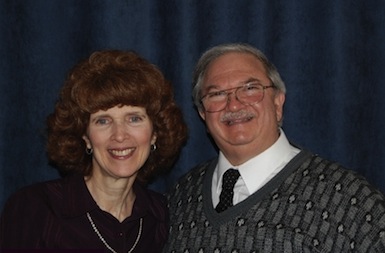 The Midwest Messianic Center, an evangelical faith missionary organization, began in 1924 with the purpose of proclaiming Jesus as Messiah to anyone, but with emphasis on the Jewish people.

We believe that God chose the Jewish people and that He entered into a special covenant relationship with them that was based upon His sovereign choice. As such, they are unique among the nations of the earth, in that they are specially loved and known by God. This is not to suggest that God does not also love the world. We believe that Israel and the church are two distinct and separate entities. The church being made up of Jewish people and Gentiles, forming one body in which Messiah Jesus is the head. Both have their own distinct plan that is laid out in the Word of God. We believe that God is not finished with ethnic Israel and that He has a plan for them that still awaits fulfillment. (Deuteronomy 7:6-9; Amos 3:2; Jeremiah 31:31-34; Exodus 4:22; Zechariah 2:8; Ephesians 2:14-16)

Marty was born and raised in St. Louis into a reformed Jewish home. He was saved in 1971 when his 2 best friends witnessed to him. He graduated from Brookes Bible Institute in St. Louis and Calvary Bible College in Kansas City. He has been doing missionary work for 22 years and was in pastoral ministry for 9 years. Marty and Bev were married on July 31, 1976 and have 5 children: Sam, Matt, Aaron, Rachel and Nathan.